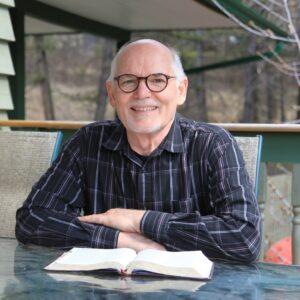 Johan is a visionary, author, teacher of the Word and pastor. He has been a student of the Word since his childhood, and still today.

He was born and raised in a family of ministers in South Africa.  After a season in the banking industry, he entered the ministry as a missionary pastor in Flanders, Belgium, with his wife Gerda, and their two sons. After almost 9 years in Belgium they emigrated to Canada in 1999 and became citizens soon after.  Johan pastored a church north of  Toronto, Ontario for 16 years. His season as a local church pastor came to an end in 2015 when he and his wife relocated to British Columbia. They now reside in Mexico.

Johan is a teacher of the Scriptures at heart. In his trademark clear and straightforward style, Johan diligently explains biblical principles that unleashes the power of God’s Word in individual lives that are open to receive it.  His experience as pastor and teacher in many different countries has given him an uncompromising approach to follow the Word of God. His knowledge and clarity of the Word are difficult to match.

WHAT SOME OF PASTOR JOHAN'S FRIENDS SAY ABOUT HIM

There is something you need to know when you read the books or listen to the teachings of Pastor Johan: he lives what he teaches, preaches, and writes. To him, life is not divorced from ministry and theory has value only, when it is lived. Years ago, before Johan left South Africa, he already exhibited a passion and gift for teaching. The years following in the mission field were revolutionary; his life was tempered, challenged, and even broken. In His wisdom, God deemed these circumstances necessary to form an apostolic character in the life of a man God now uses to disciple others: empowering them with theory and praxis to be effective, living witnesses for His Kingdom. But Johan is not alone. With him is his wife, Gerda. A rare gem who is an able, devoted and loyal companion. Together they invite you to embark on a walk of faith and discovery. It is an invitation to join the present day remnant whom God is calling to pilgrim with Him. Their teachings and mentorship will undoubtedly help you discover the truths necessary to prevail, and much more, to be victorious and live life abundantly! 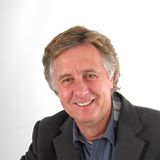 DR JOHAN CARSTENS Director I-Opus Institute, Missiologist and Strategic Mentor (Click here for website)
I met Pastor Johan while filming a Christian TV show in the Toronto area. We both appeared, each in turn on the same program, and we sat next to each other, waiting to appear ... him, his book in hand to present, and I, to sing a few songs, and talk a little about God's work and culture that we are establishing in Quebec and in the French-speaking world. Seeing his book, I ask him if I could see. As I took a quick look, the Holy Spirit drops in my heart to offer him to translate it into French. He accepts on the spot! Not only did I translate his book, but his WordWiseBibleSchool as well. And truly… I've been totally wowed and impacted by his teachings. Pastor Johan became a dear friend to my heart, a counselor and mentor for me. Man of God - man of the Word - man of revelation and wisdom. I wished I had him as a Bible school teacher when I started. I would have saved so much time. But you can - enjoy the ride! 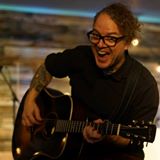