After the 400 “silent” years between the Old and New Testaments, John the Baptist burst on the scene with a message of repentance. Many came to listen to him where he preached in the desert, and to be baptized. Jesus was one of those who were baptized by him, before starting His ministry by preaching the same message:

And leaving Nazareth, He came and dwelt in Capernaum, which is by the sea, in the regions of Zebulun and Naphtali, that it might be fulfilled which was spoken by Isaiah the prophet, saying: “The land of Zebulun and the land of Naphtali, By the way of the sea, beyond the Jordan, Galilee of the Gentiles: The people who sat in darkness have seen a great light, And upon those who sat in the region and shadow of death Light has dawned.” From that time Jesus began to preach and to say, “Repent, for the kingdom of heaven is at hand.” Matthew 4:13-18

Repentance is not a word that is used much these days, but it is still an attitude required by the Lord — and therefore as important today as it was back then. This important word underwent some changes through the ages, as so many others did, especially the last few years.

What is repentance? Most Christians believe it is saying a “sinners prayer’’ led by a pastor or someone else. After saying such prayer, the repenter is welcomed into the family of God, and assured of eternal life.

…that if you confess with your mouth the Lord Jesus and believe in your heart that God has raised Him from the dead, you will be saved. For with the heart one believes unto righteousness, and with the mouth confession is made unto salvation. For the Scripture says, “Whoever believes on Him will not be put to shame.” For “whoever calls on the name of the Lord shall be saved.”Romans 10:9,11 & 13

Such a prayer can be built on verses such as the ones quoted above, provided, of course, that it comes from a truly believing heart convicted of its sin. Lovely as it is, praying this is only the start of a lifelong journey with many changes along the way — which is the important part.

Repentance is not a prayer, at least not a single one, but a process of gradual conformation to the image of Christ, as Paul told the Galatian church:

My little children, for whom I labor in birth again until Christ is formed in you… Galatians 4:19

We all know living this Christian life does not mean you are perfect; we all stumble and fail sometimes as we yield to temptation and sin. You don’t repent when that happens, as is now widely believed, you confess it to your heavenly Father; you talk with Him about it as you would after you offended someone close to you. You still have a relationship with Him, but your sin strained your fellowship with Him. Listen to Paul talking about this:

O wretched man that I am! Who will deliver me from this body of death? I thank God—through Jesus Christ our Lord! So then, with the mind I myself serve the law of God, but with the flesh the law of sin. Romans 7:24,25

God knows what material you are made of, and that sin dwells in your flesh. The apostle John went even further:

God is gracious and full of compassion. As the first verses in 1 John chapter 1 indicate, the passage above wasn’t written to sinners, but to believers. All the epistles were written to the church, not sinners.

To repent means to change the way you think — about everything and everyone, including God, yourself and others: μετανοέω metanoéō, met-an-o-eh’-o; to think differently or afterwards, i.e. reconsider (morally, feel compunction):—repent. Repentance is a process that takes time, as can be understood from Paul’s explanation to the Christians in Rome:

And do not be conformed to this world, but be transformed by the renewing of your mind, that you may prove what is that good and acceptable and perfect will of God. Romans 12:2

You change your life by changing your mind. It means to make an about-turn from your old ways in which you always thought of yourself first: your own benefits, feelings, and pleasure. To repent also means to stop running away from God, to turn around, and run toward Him, closing the gap between yourself and Him as you move forward.

(Jesus) who Himself bore our sins in His own body on the tree, that we, having died to sins, might live for righteousness—by whose stripes you were healed. For you were like sheep going astray, but have now returned to the Shepherd and Overseer of your souls. 1 Peter 2:24,25

John the Baptist quickly saw that some of those who came for baptism did so only to project an image of righteousness:

But when he saw many of the Pharisees and Sadducees coming to his baptism, he said to them, “Brood of vipers! Who warned you to flee from the wrath to come? Therefore bear fruits worthy of repentance, and do not think to say to yourselves, ‘We have Abraham as our father.’ For I say to you that God is able to raise up children to Abraham from these stones. Matthew 3:7-9

Repentance is recognized by the fruit it bears; you simply cannot live as you used to before. Coming from a believing family, like those Pharisees and Sadducees, may make it easier to find the Lord, yet is no proof of repentance. The same goes for church attendance, or being a good person. A life turned over to the Lordship of Jesus must be visibly different from what it was before, and will continue to change until your last day on earth.

For this reason we also, since the day we heard it, do not cease to pray for you, and to ask that you may be filled with the knowledge of His will in all wisdom and spiritual under-standing; that you may walk worthy of the Lord, fully pleasing Him, being fruitful in every good work and increasing in the knowledge of God… Colossians 1:9,10

It is natural to want to please the One who saved you from eternal death and destruction. We do so practically by living a life worthy of His name, bearing fruit that pleases Him, and filling our hearts and minds with knowledge about Him. That is what love does. True love always reciprocates.

(Jesus) who Himself bore our sins in His own body on the tree, that we, having died to sins, might live for righteousness—by whose [g]stripes you were healed. For you were like sheep going astray, but have now returned to the Shepherd and Overseer of your souls. 1 Peter 2:24,25

Repentance is living a life that continues to conform to the image of Christ, and it can only be done by living according to the Word of God. You will never be able to change your life if you don’t spend much time in the Bible, for it is how you are being transformed into His image. As you look into it, as if in a mirror, the Holy Spirit will show you the changes you need to make:

But we all, with unveiled face, beholding as in a mirror the glory of the Lord, are being trans-formed into the same image from glory to glory, just as by the Spirit of the Lord. 2 Corinthians 3:18

The ultimate goal is to be restored back into the (spiritual) image in which were made initially, and do the works that Jesus did. Look very carefully at the verses below:

Do not lie to one another, since you have put off the old man with his deeds, and have put on the new man who is renewed in knowledge according to the image of Him who created him, where there is neither Greek nor Jew, circumcised nor uncircumcised, barbarian, Scythian, slave nor free, but Christ is all and in all. Colossians 3:9-11

We no longer identify with any secular labels, but with Christ who is all and in all! This is how we can do what Jesus did:

“Most assuredly, I say to you, he who believes in Me, the works that I do he will do also; and greater works than these he will do, because I go to My Father. John 14:12

There is one more point we need to make as we consider Jesus’ message, “Repent, for the kingdom of heaven is at hand,” and that is the Kingdom of heaven. You need a new mindset — repentance — to fit in there. The Kingdom of heaven has its own culture, principles, language, appetites, etc., and to enjoy all its benefits, you must adapt to it. You cannot live in His kingdom by the laws and practices of the dominion of darkness from where you came.

A culture shock awaits all who immigrate into a new country, and it can be an intense experience. There really is no point to moving to another country if you refuse to adapt, as you will not be able to enjoy all the benefits it has to offer. This is an important reason why so many Christians do not live in the victory that life in Christ offers.

Holding on to appetites that please the flesh will deny you the joy and pleasures of a victorious life. The same goes for attitudes, principles, and everything else that you try to carry over from your old life into the new. Consider carefully what Paul said about life in Christ:

Therefore, if anyone is in Christ, he is a new creation; old things have passed away; behold, all things have become new. 2 Corinthians 5:17

Stepping into newness of life requires a complete break with your old life. God offers no dual citizenship where you can live to satisfy both your carnal self and please God at the same time. The kingdom of heaven is only found in a heart where God rules and His will is done. “Your will be done on earth as it is in heaven” is a prayer that is answered in your own heart first.

Jesus is calling us to live repentant lives, to say farewell to this world that is passing away, to renounce our citizenship of the dominion of darkness, and to continue walking toward the light. This world has no enduring future, and is falling apart, even as you read this article.

May the Lord prosper your way as you run toward Him!

Fifty-two heads of state from around the world, together with CEO’s of multi-national companies and leaders of various global institutions meet in Davos, Switzerland from

Faithfulness Through The Third Watch

Welcome to 2023! Most of us find it hard to wait, with patience an early victim when we think of things to do instead of 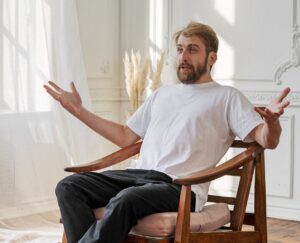 There was a time, not long ago, when you could believe most people, even the media and politicians. Truth and honesty meant something, and people