The healing of the man with the withered hand has always been a special miracle to me. This event is recorded in the gospels of Matthew, Mark and Luke, each describing it from their own point of view.

Now it happened on another Sabbath, also, that He entered the synagogue and taught. And a man was there whose right hand was withered. Luke 6:6

Jesus had a custom to teach in the synagogue on Sabbath days, but on this particular day, He saw a man there who had a withered hand. There were also scribes and Pharisees present — religious leaders who were not so fond of Jesus:

So the scribes and Pharisees watched Him closely, whether He would heal on the Sabbath, that they might find an accusation against Him. Luke 6:7

The scribes and the Pharisees, although filled with hatred against Jesus, expected Him to do something about the situation, not because they cared about the condition of the unfortunate man, but because they were looking for something to accuse Him of. Fully knowing the legalistic attitudes of those leaders, Jesus asked them a question:

But He knew their thoughts, and said to the man who had the withered hand, “Arise and stand here.” And he arose and stood. Then Jesus said to them, “I will ask you one thing: Is it lawful on the Sabbath to do good or to do evil, to save life or to destroy?” Luke 6:8,9

They knew it was a loaded question, and chose not to answer. If they agreed that it was good to heal the man, they would have no reason to accuse Him of any wrongdoing; if they disagreed, they would look bad in the eyes of the bystanders, so they chose to remain silent.

The man with the withered hand just went to the synagogue to hear a teaching; he never spoke, and never asked anything from anybody, he just stood there. There was no praise and worship music to create a spiritual climate of expectancy, instead a deafening silence probably fell on the meeting. The atmosphere in that synagogue must have turned ice cold — not very conducive for miracles to happen.

Mark recorded something interesting that Matthew and Luke did not mention: Jesus’ emotions during this encounter:

And when He had looked around at them with anger, being grieved by the hardness of their hearts, He said to the man, “Stretch out your hand.” And he stretched it out, and his hand was restored as whole as the other.
Mark 3:5

Jesus saw a need, and did something about it. He did not wait for the man to ask him for help; He acted out of compassion for the need that He saw. This is the heart of our Lord! He healed that man even while He was dealing with strong negative emotions because of the hardness of those religious hearts.

Note that Jesus didn’t actually do anything; He just told the man to stretch out his hand. If anything, it is the man who worked — if you could define the stretching out of your hand on the Sabbath as work. Yet, their anger and hatred were directed at Jesus, and they left the meeting considering how they might destroy Him.

I see so many Christians today who claim that Jesus doesn’t heal anymore, except for emotional pain and hurt feelings. I have seen one brother in the Lord explain that Isaiah 53 only speaks of healing from our sins and emotional brokenness, that talking about physical healing is extreme and heretical, and coming from a materialistic attitude.

If Jesus healed the man in this story without being asked for it, while angry and grieved, in a cold atmosphere and at risk of His life, there is more to it than a theological opinion. His heart is revealed in this episode, and there is no reason to think that His love for the suffering diminished after He rose from the dead. No, He made sure that His work continued after His departure:

Most assuredly, I say to you, he who believes in Me, the works that I do he will do also; and greater works than these he will do, because I go to My Father. And whatever you ask in My name, that I will do, that the Father may be glorified in the Son. If you ask anything in My name, I will do it. John 14:12-14

Not only that, He instructed us to minister healing to the sick:

And these signs will follow those who believe: In My name they will cast out demons; they will speak with new tongues; they will take up serpents; and if they drink anything deadly, it will by no means hurt them; they will lay hands on the sick, and they will recover. Mark 16:17-19

James, the half brother of Jesus, also had a word of encouragement to the sick among us:

Is anyone among you suffering? Let him pray. Is anyone cheerful? Let him sing psalms. Is anyone among you sick? Let him call for the elders of the church, and let them pray over him, anointing him with oil in the name of the Lord. And the prayer of faith will save the sick, and the Lord will raise him up. And if he has committed sins, he will be forgiven. James 5:13-15

The book of Hebrews reminds us that Jesus did not change:

Jesus Christ is the same yesterday, today, and forever. Hebrews 13:8

Many argue that they laid hands on the sick, prayed, or anointed them with oil, and nothing happened, and therefore we must assume that Jesus doesn’t heal the sick anymore. There will be valid reasons why the healing did not manifest, some of which we might know, but we don’t know all the answers. Sometimes the Lord will reveal the reason so that it can be dealt with, but it is not for us to know hidden things.

The Lord gave us an assignment, and ministering healing to the sick is part of it, whether we see results or not. There is no reason to feel defeated when healings don’t manifest because we can’t heal anybody anyway — Jesus is the Healer — not us. Sometimes it is our own ego that has to be dealt with before God will use us, as God does not share His glory with men.

We have much to learn when it come to any kind of ministry, and no matter what you do, there will be a time of testing, correction, and staying faithful through all of it. Abraham, our father according to the faith, went through tough trials (as many others also did) before he was declared faithful in his call. (Genesis 22:12)

When Jesus reached out to the man with the withered hand, He risked both His life and reputation, but His compassion pushed through that toxic setting and healed the man. Healing the sick was, and still is, important to Him. That is the attitude that brings results.

May the Body of Christ, filled with His power, step out in bold obedience to His call.

We have work to do! 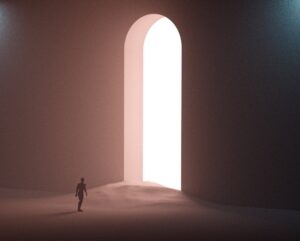 Every one of us was born into a spiritual culture that helped us find our feet in the world — a paved road, if you 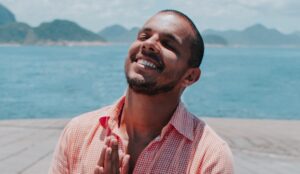 Have you every wondered why the first thing that God ever did for man was to bless them? So God created man in His own 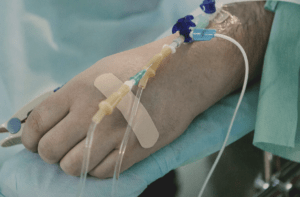 Most people do their best to live well, but seldom think about dying well. The way we die says much about how we lived. There