What would you say would be a good miracle to launch a ministry? Healing a serious illness? Making the blind to see, or the lame to walk? How about raising the dead? Jesus chose to turn water into wine.

On the third day there was a wedding in Cana of Galilee, and the mother of Jesus was there. Now both Jesus and His disciples were invited to the wedding. And when they ran out of wine, the mother of Jesus said to Him, “They have no wine.” John 2:1-3

One guest sharing an embarrassing situation with another, but Jesus didn’t seem to appreciate that bit of information. It was none of His business—or was it?

Jesus said to her, “Woman, what does your concern have to do with Me? My hour has not yet come.” John 2:4

But faith was at work. His mother responded to His rather harsh words by telling the servants, “Whatever He says to you, do it.” Something profound was about to happen.

Now there were set there six waterpots of stone, according to the manner of purification of the Jews, containing twenty or thirty gallons apiece.  Jesus said to them, “Fill the waterpots with water.” And they filled them up to the brim.  And He said to them, “Draw some out now, and take it to the master of the feast.” And they took it. John 2:6-8

The servants filled those water pots with water, and then took some of it to the master of the feast. Imagine that! From a natural point of view, it looks as if they wanted to draw his attention to an already embarrassing situation. But what seemed like a foolish thing to do, was a miracle in the making, which is how God often works. His ways are higher than ours, and this is the point where we so often miss some wonderful interventions from God.

Our rational minds reject God’s ways because they usually make no sense to us, but, as someone once said, the Bible wasn’t given to make sense, but to make faith. The line between faith and foolishness can be very thin!

When the master of the feast had tasted the water that was made wine, and did not know where it came from (but the servants who had drawn the water knew), the master of the feast called the bridegroom. And he said to him, “Every man at the beginning sets out the good wine, and when the guests have well drunk, then the inferior. You have kept the good wine until now!” John 2:9-10

It goes without saying that whatever Jesus does is always of the highest quality, even mundane things such as providing wine for a wedding celebration. God’s love expressed by turning a dilemma into a feast for connoisseurs. God cares about simple things!

I used to call this an unnecessary miracle, but it wasn’t as it had great purpose beyond the obvious. While the guests enjoyed the miracle wine, something else of great importance was happenning:

This beginning of signs Jesus did in Cana of Galilee, and manifested His glory; and His disciples believed in Him. John 2:11

Jesus manifested His glory. What exactly is glory? We find an answer to this question in the Old Testament:

So the Lord said to Moses, “I will also do this thing that you have spoken; for you have found grace in My sight, and I know you by name.” And he said, “Please, show me Your glory.” Then He said, “I will make all My goodness pass before you, and I will proclaim the name of the Lord before you. I will be gracious to whom I will be gracious, and I will have compassion on whom I will have compassion.” So it shall be, while My glory passes by, that I will put you in the cleft of the rock, and will cover you with My hand while I pass by. Then I will take away My hand, and you shall see My back; but My face shall not be seen.” Exodus 33:17-19; 22-23

When Moses asked God to show him His glory, God answered by showing him His goodness. Later in Scripture we find Peter, speaking to the household of Cornelius, saying this about Jesus:

…how God anointed Jesus of Nazareth with the Holy Spirit and with power, who went about doing good and healing all who were oppressed by the devil, for God was with Him. Acts 10:38

Jesus went about doing good, as He still does today because He cares.

But more happened that day: His disciples believed in Him. That miracle set the stage for the greatest shift humanity has ever seen. After Jesus went back to the Father, those disciples continued the work that He started and became the apostles that took His message to the ends of the earth. Faith was needed for such an endeavour, and it started when water was turned into wine at a wedding. Let us never underestimate the work that Jesus does, no matter how simple it appears to be. There is purpose in the smallest of things!

It is interesting to note that nobody asked Jesus to do anything about the situation at the wedding; He simply took care of a need that was shared with Him–the goodness of the Lord in action!

Some Bible scholars found the first mention of a word, idea or doctrine in the Bible to be an introduction to something that will be revealed with greater clarity and understanding elsewhere in the Scriptures. It is called the Law of first mention. This first miracle of Jesus revealed Him as Provider–not only of wine, but also of healing, deliverance, and eventually redemption at the cross. It was His first work that expressed the goodness of God to sinners on earth; actually, everything that Jesus did was an expression of God Himself:

The bridegroom of that wedding must have been very glad that he invited Jesus and His disciples to his wedding. He never knew that it would be the springboard that God would use to touch the world with His love. There is a good lesson to be learned here: be sure to have Jesus with you at all times, no matter what you do or where you go.

We read in verse 1 of the passage above that the wedding happened on the third day. Peter wrote in 2 Peter 3:8 that a thousand years is as one day to the Lord. That is interesting, because another third day is about to dawn, also with the promise of a wedding. Almost two thousand years passed since Jesus ascended to the Father—two prophetic days. Jesus promised to take the church—His bride—to His Father’s house to be with Him forever.

As the sun is setting at the end of the second day, the planning of the wedding of the ages is underway. This time Jesus won’t attend as a guest, but as the Groom. His bride has been preparing herself for her greatest day! The One who provided wine at the wedding at Cana, also provided for your salvation at the cross—your personal invitation to be included in the bride of Christ, the church of the twice born. 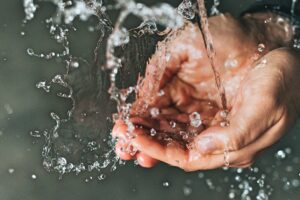 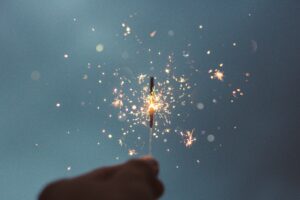 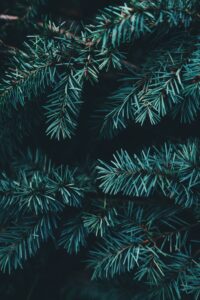