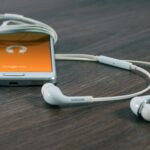 You cannot fix spiritual problems by natural means— there is only one way, and that is God’s way.

The apostle Paul left behind a successful life to become a bond servant to the Lord. All that mattered to him before he met Him, things that he worked hard for, now became garbage to him. He spoke about a righteousness that he found in the Lord—a gift—not something that you can work for, and that became the goal of his life: to be found in Him.

Now it is our turn to pursue some that we willing to die for.

This is a serious sermon for a serous time!