And as it was in the days of Noah, so it will be also in the days of the Son of Man: They ate, they drank, they married wives, they were given in marriage, until the day that Noah entered the ark, and the flood came and destroyed them all. (Luke 17:26-27)

Then we who are alive and remain shall be caught up together with them in the clouds to meet the Lord in the air. And thus we shall always be with the Lord. (1 Thessalonians 4:17)

Our day has also strong similarities with the days of Lot. Lot was a righteous man but he lived in a wicked city where a sinful lifestyle was accepted as the norm. He and his family stood out as they held on to a lifestyle that expressed their faith in God.

And the Lord said, “Because the outcry against Sodom and Gomorrah is great, and because their sin is very grave, I will go down now and see whether they have done altogether according to the outcry against it that has come to Me; and if not, I will know.” (Genesis 18:20-21)

Sodom became known for its sexual perversion and there was an outcry against it that reached the heart of God. Abraham interceded, but there was not enough righteous people in those cities so that God would spare them. Judgment was coming to Sodom and Gomorrah, but first God had to remove the righteous. The righteous will not be punished with the sinners!

Lot received orders to leave with his family but his sons-in-law saw his warning as a joke and refused to leave. (Genesis 19:14) On their way out of the city, Lots wife looked back and froze in a pillar of salt, and never made it to safety. As soon as they left God destroyed Sodom and Gomorrah but Lot and his daughters escaped to safety.

Terrible days are coming as God will release His wrath on the earth. When He withdraws His grace man will begin with self-destruction under the devil’s command, but, as in the days of Noah and Lot, the righteous will not share in in it. They will be removed to a place of safety in the presence of the Lord.

For when they say, “Peace and safety!” then sudden destruction comes upon them, as labor pains upon a pregnant woman. And they shall not escape. But you, brethren, are not in darkness, so that this Day should overtake you as a thief. You are all sons of light and sons of the day. We are not of the night nor of darkness. Therefore let us not sleep, as others do, but let us watch and be sober. For those who sleep, sleep at night, and those who get drunk are drunk at night. But let us who are of the day be sober, putting on the breastplate of faith and love, and as a helmet the hope of salvation. For God did not appoint us to wrath, but to obtain salvation through our Lord Jesus Christ, who died for us, that whether we wake or sleep, we should live together with Him. (1 Thessalonians 5:3-10) 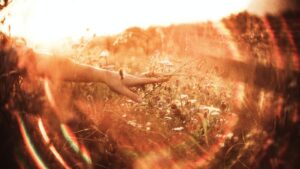 What happens in the last moments before a person dies? Those of us who have been with people when they die, have seen some things 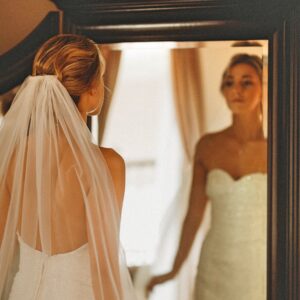 The Second Half of the Tribulation

Blessed is he who reads and those who hear the words of this prophecy, and keep those things which are written in it; for the